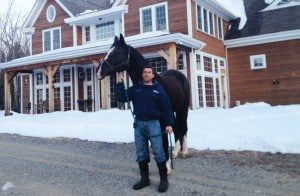 Mild Hyperbaric Oxygen Therapy (mHBOT) is a proven, effective adjunctive therapy that is commonly used to treat conditions such as decompression sickness, diabetic or chronic wounds, and carbon monoxide poisoning. It is also used experimentally for traumatic brain injury, stroke, cerebral palsy, burns, Autism, Multiple Sclerosis and Lyme disease. YOLLO Wellness uses mHBOT to help patients heal their bodies internally and achieve total wellness after being exposed to various life-altering diseases and conditions.
Hyperbaric oxygen therapy has been in used clinically as far back as the mid 1800’s. HBOT was tested and developed by the U.S. Military after World War I. HBO is the delivery of oxygen under pressure, and is currently considered one of the safest medical therapies available for a variety of different conditions, including Lyme disease.
Early symptoms of Lyme disease include rash, fever, chills, fatigue, and aches. In time the disease may affect the joints, heart, brain, and central nervous system, producing a baffling variety of symptoms sometimes mistaken for other diseases, such as viral infections, joint disorders, fibromyalgia and other pain disorders, chronic fatigue syndrome, and depression. Other bacterial infections can make diagnosis and treatment difficult.
Studies have shown that the use of mHBOT as a treatment for Lyme disease is promising. Documented benefits of HBOT for Lyme disease include increased energy, pain relief, restored cognitive function, allows organ and glands to normalize, and cell detoxification.
Recently, Chuck Re, a Lyme disease patient, shared the positive results he experienced after only two weeks of hyperbaric oxygen therapy treatments.

“I played a lot of sports in my youth and early adulthood. While I felt great all through my thirties and most of my forties, the latter part of my 40’s has been rough leading up to unbearable pain on a daily basis. Before my recent hyperbaric chamber treatments, my pain scale (on a 1-10 standard) was 8+. I also suffer from Lymes disease. I was often short on breath, unreasonably irritable and constantly fatigued. I felt inflammation throughout my entire body with considerable joint pain. My lower back pain was severe (from both sports and a genetic predisposition). After only two weeks of daily two hour hyperbaric chamber treatments, all of my symptoms have subsided to somewhere between 0 and 1 on the pain scale. My energy level has increased and my mood is back to normal as well.”

As with many other conditions, HBOT is becoming increasingly popular for treating Lyme disease. The basic principle behind the treatment is that by exposing the entire body to 100% pure oxygen, under pressure, the Lyme disease bacteria (borrelia burgdorferi) will be destroyed. By inhibiting the growth of anaerobic bacteria by improving blood flow and oxygenating infected tissue HBOT can be a safe and effective alternative to traditional antibiotic therapy. Some doctors also claim that hyperbaric oxygen may help manage associated pain and depression, improve mental clarity, as well as reduce or eliminate the long-term use of antibiotics.
More and more patients suffering from all kinds of health ailments are seeking alternatives to traditional medication treatments, which is why the success of hyperbaric oxygen therapy is beginning to gain momentum. As more information is released concerning the effectiveness of HBOT, patients are finding that they no longer have to rely solely on antibiotics and other prescription drugs for relief from sometimes debilitation conditions.

Chuck simply can’t say enough about his experience with mHBOT. “After trying multiple treatment options with no reduction of symptoms, I was skeptical about actually getting any relief from the hyperbaric chamber treatments. I am happy to report that my initial doubts were unfounded because the hyperbaric treatments have left me feeling the best I have felt in years! There is no scale for what this means for my increased quality of life; it’s immeasurable!”